The All-Time ToC team honors the top players from Central Illinois that have made the greatest impact on the Tournament of Champions. 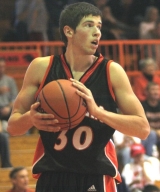 .: Not only is Matt Roth the ToC’s all-time leader in three-pointers made (34) in a career, he is also the state of Illinois’ all-time leader in three-pointers made as well.  Roth is the 19th All-Time Leading Career Scorer in the ToC with 137 points in six games.  He was named the Most Valuable Player of the Washington Invitational in 2006 and 2007 and led Washington High School to back to back championships in the event.  Roth was also named the Washington Invitational Most Outstanding Player in 2007 when he led the Panthers remarkable comeback victory over Memphis Briarcrest, TN (70-69 in OT), in the most exciting tournament finale in ToC history.  Roth played college basketball for the Indiana Hoosiers.  Roth is a member of the ToC’s DEN OF HONOR.

.: Jordan was a one-man wrecking crew for the Eureka Hornets in the ToC.  He is the 15th All-Time leading scorer and the 9th All-Time career rebounder, while only playing in six ToC games.  He was named to the Washington Invitational All-Tournament team in 2007 when he averaged 21.3 points and 10 rebounds a game.  He was named the Most Outstanding Player of the 2008 ToC Super Showdown when he recorded 26 points and 15.3 rebounds per outing.  Prosser yanked down 15 rebounds or more in four of the six ToC games he played in.  Prosser played college ball for Bradley University. 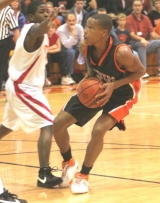 .: Dyricus was an unstoppable force for two years in the ToC!  His high-energy drives to the bucket were a perfect complement to the outside scoring of his teammates – Matt Roth and Ben Worner.  DSE averaged 17 points and 6.3 assists in 2007 when he helped lead the Panthers to the Washington Invitational crown over Memphis Briarcrest-TN.  He was named to two straight WI All-Tournament teams and averaged 22.3 points and seven assists per game in 2008.  DSE is the 26th All-Time Leading Career Scorer in the ToC with 118 points.  He also ranks as the 4th all-time leader in assists with 40 in six games.  Dyricus finished his collegiate career at Bradley University where he became the school’s all-time leader in steals. 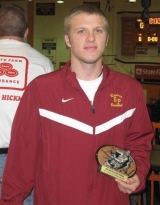 .: The gritty Joe Kelch made quite an impact on the ToC as he became the ultimate statistics stuffer in event history.   Kelch is 2nd All-Time in career assists with 58 in three years as the starting PG for the Raiders.   He passed out 24 assists (6.0 per game) in 2009 and 21 assists (7.0 per game) as a sophomore in 2008.  Kelch ranks as the 24th All-Time Career Scorer with 119 points and the 7th all-time leader in career steals with 22.  Kelch played baseball for Illinois State University. 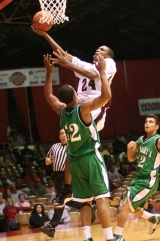 .: Donald Stewart was a whirling dervish for the Maroons in the ToC!  Stewart’s hard-nosed defense and alert scoring earned him the Most Valuable Player Award in the 2007 National Classic when he and Verdell Jones lead Central to the championship crown over Ed Davis and Bradford Burgess of the Benedictine Cadets.  Stewart averaged 20.7 points, 8.0 rebounds and 3.3 steals in 2007, after averaging 19 points and four steals per game in the 2006 ToC event.  Stewart was also named to the 2006 Super Showdown All-Tournament team for his outstanding efforts.  Stewart ranks as the 24th All-Time Career Scorer with 119 points and is tied for 7th All-Time in career steals with 22.  Stewart played at Vincennes University (JUCO) before transferring to Northwest Missouri State.  Stewart finished his collegiate career at Lane College. 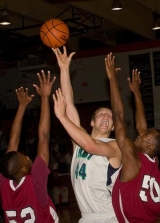 .: When basketball fans reflect upon the memories of the ToC, the name Max Bielfeldt will most likely be brought into most conversations.  Bielfeldt was a giant in the event as he led his Notre Dame Irish to the Washington Invitational title in 2010 against a plethora of talented foes.  Bielfeldt was named the Most Valuable player of the WI in 2010 and was named the Most Outstanding Player in both 2009 and 2010.  He is 2nd in career blocked shots (38), and is the 4th All-Time career leader in scoring with 217 points.  He is also the 2nd All-Time Leading Rebounder with 115 boards in nine career games.  Bielfeldt finished his collegiate basketball career with the Indiana Hoosiers.  Bielfeldt is a member of the ToC’s DEN OF HONOR. 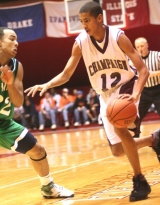 .: Verdell Jones wowed the ToC fans for two years, with his no-look passes, ball handling trickery and pull up jumpers.  Jones was named to the 2006 National Classic All-Tournament team after posting 21.3 points and six assists per game in the event. In 2007, Jones teamed with Donald Stewart to win the National Classic over Richmond Benedictine-VA and their All-America performer, NBA Power Forward Ed Davis.  Jones was named to the All-Tournament team when he finished the event with averages of 17.7 points, 8.0 assists and four steals per outing.  Jones is the 28th All-Time Career Scorer (117 points) in ToC history and 3rd all-time in career assists with 42. He finished his collegiate career with the Indiana Hoosiers and had a tremendous professional career overseas and in the NBA G-League. 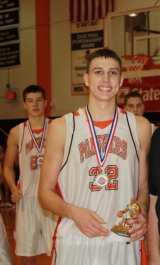 .: Ryan was one of the most versatile players in the history of the ToC.  He could run the point, slash from the wing or dominate inside the lane.  He scored 136 points in his ToC career which ranks him as one of the top scorers in ToC history.  Ryan grabbed 81 rebounds which ranks him as the 6th All-Time career rebounder in the ToC.  Ryan was named to two Washington Invitational All-Tournament teams. Ryan finished his basketball career at Augustana College where he was named an Academic All-American. 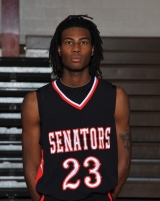 .: Willie Wiley became the ToC’s All-Time leading rebounder in 2011 when he grabbed his 136th career rebound in the Washington Invitational.  Wiley grabbed 46 rebounds in 2009, 44 rebounds in 2010 and 46 rebounds in 2011 enroute to becoming the event’s all-time leading rebounder.  Wiley also finished his ToC career as the 8th All-Time career scorer with 175 points.  Wiley blocked 29 shots in his career which ranks as the 4th top shot blocker in ToC history.  Wiley was named to two Washington Invitational All-Tournament teams in his ToC career.  Wiley played college hoops for the Evansville Purple Aces in the Missouri Valley Conference. 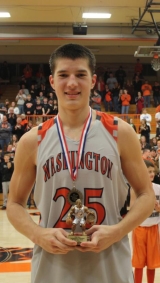 .: Alec Peters played his first ever ToC game as a skinny, frail freshman.  He finished his ToC career as an absolute man!  Peters finished his outstanding ToC career as the All-Time leading scorer with an incredible 266 points!  In his final tournament, Peters led his Panthers to their third Washington Invitational title with averages of 31.3 points and 12.3 rebounds per outing, Peters was named the 2012 Washington Invitational Most Valuable Player and Most Outstanding Player!  He was also named to the All-Tournament team his junior season when he averaged 20.8 points and 8.8 rebounds per game.  Peters is also the event’s 3rd All-Time leading rebounder (96) and 18th All-Time leading assist-man with 26 dimes. Peters completed his collegiate career as Valparaiso’s All-Time leading scorer, rebounder and free throw shooter.  Peters was a member of the Phoenix Suns and scored 36 points in a game against the Dallas Mavericks.  Peters is currently playing for Anadolu Efes in Turkey.  Peters is a member of the ToC’s DEN OF HONOR. 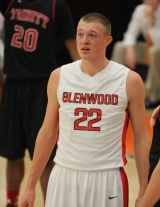 .: Allen put on quite a show in the 2013 Washington Invitational, as he scored 112 points in four games and grabbed 31 rebounds.  Allen poured in 36 points against Washington and 34 points against Baton Rouge Parkview Baptist- LA.  Allen’s best game was against Proviso East when he scored 24 points and grabbed 13 rebounds.  Allen knocked down jumpers from the wing and made tough buckets off the drive against quicker and bigger defenders.  Allen ranks as the 35th all-time career scorer in the ToC despite only playing in one tournament.  Allen played for Texas A&M in 2014-15 and finished his career at the University of Illinois-Springfield. 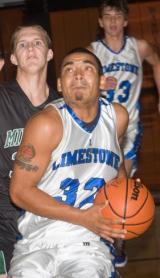 .: Stewart played in three Tournament of Champions and amassed 114 points in five games.  In 2011, Stewart averaged 22.7 points and 3.7 assists per game as he led the Rockets to a 2nd place finish in the ToC Super Showdown.  He was named the Super Showdown MVP for the event.  Stewart poured in 30 points in a 2010 Shootout game (his junior season) against Hazelwood Central- MO and scored 16 points and dished out 7 assists against Rockwood Summit his sophomore year in the ToC Shootout Series.  Stewart is tied as the 33rd all-time career scorer in the ToC. Stewart finished his collegiate career at Portland State University after three years with SIU-Edwardsville. 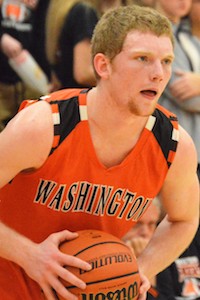 .: Sweet Lou was a part of two ToC championship teams!  As a freshman he was a member of the 2012 Washington Invitational Championship team, but as a senior he was not only a part of a championship team, he was the event’s Most Valuable and Most Outstanding Player!  Griffith averaged 20.5 points, 6.8 rebounds and four assists in the 2015 Washington Invitational. He poured in 29 points in the championship game as he helped lead the Panthers over the Huntsville Lee Generals- AL, 61-59.   Griffith was also named to the 2014 WI All-Tournament team.  Sweet Lou finished his ToC career as the event’s 5th all-time career scorer (196 points) and 6th all-time career leader in assists. Griffith is currently playing at St. Thomas Aquinas College (DII) in New York. 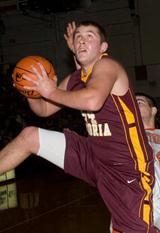 .: Dylan Sparkman is a Peoria area big man who continued to improve his game well beyond his high school hoops career.  Sparkman was a 2009 Washington Invitational All-Tournament selection when he averaged 16 points and 8.5 boards for the Raiders.   Sparkman finished his ToC career as the 23rd all-time career scorer (127 points), and 10th all-time career rebounder with 71 boards.   Sparkman had a tremendous hoops career at University of Illinois-Springfield, and played professionally for Baloncesto Naron in Spain. 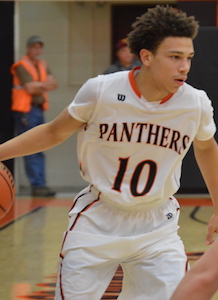 .: Devin Whitelow finished his ToC career as the most watched player in the event’s history. Whitelow played in 16 ToC games during his four-year stint as the Panthers’ starting point guard.   During his four years, Whitelow became the All-Time career leader in both assists (60) and steals (32). He also finished as the 6th All-Time career scorer with 191 points.   Whitelow is the only player to be named to three Washington Invitational All-Tournament teams!   In 2015, Whitelow averaged 16 points and three assists, leading his Panthers to the Washington Invitational championship crown! Whitelow is a senior PG at Winona State University. 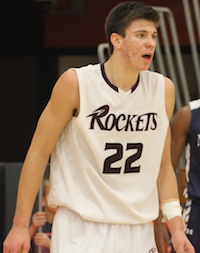 .: Ethan Happ only played in one ToC shootout game, but his efforts in that game are worthy of recognition. Happ scored 30 points and grabbed 15 boards for the Rockets as they defeated Michigan City Marquette- IN, 63-48. Happ was named Player of the Game and was named the Most Outstanding Player of the 2013 Shootout Series. Happ was a college All-American for the Wisconsin Badgers. He is currently playing professionally for Olympiacos in Greece. 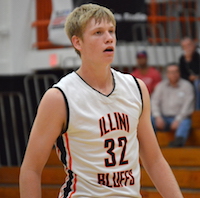 .: Taylor Bruninga was a force to reckon with in 2016! Despite his team’s loss to Cloverdale, Indiana- Bruninga was unstoppable as he scored 37 points and snared 17 rebounds. Bruninga was named Co-Player of the Game and was named the Most Outstanding Player in the 2016 Shootout Series.  Bruninga finished his basketball career at Illinois State University. 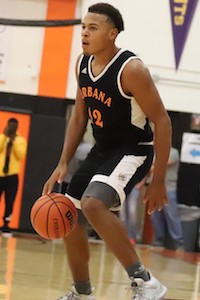 .:Christopher Cross was an instrumental player for Urbana in the three years he played varsity ball for the Tigers.  Cross was named to the Washington Invitational All-Tournament team in 2018, when he averaged 16 points per game and grabbed five boards per outing.  Cross scored 145 career points in the ToC, which ranks him in 14th place in career scoring in the event.  He also grabbed 47 career rebounds and dished out 25 career assists in his three years in the ToC. 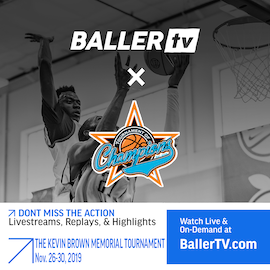 In 2005, an idea was hatched in Tampa, Florida to put together a national high school basketball tournament that would rival all other amateur basketball events in the country. READ MORE

Where Are They Now